Eating less and exercising more has been the gold standard of weight loss treatment for the last few decades. Overweight people are told that if they can just cut their portion sizes and start exercising that their energy expenditure will exceed their energy intake forcing their body to use its fat stores, but the research shows us that although this method can lead to short-term weight loss, the long-term success rate is poor. It is well known that 90-95% of people who follow such diet plans and lose weight regain the weight (or worst put on more weight) within several years[1]. If losing weight was really that simple then nobody except the most weak willed would be overweight: Instead we find nearly a third of all women and a quarter of all men in the USA are on a diet at any one time[2].

I think it is time that we acknowledged that the lack of success with long-term weight loss is not necessarily about people’s lack of willpower or poor compliance but is about the fact that the treatment method of calorie restriction itself may be flawed.

Many experts agree with this:

“There is little support for the notion that diets lead to lasting weight loss or health benefits.[3]“

“Few reliable data are available on the relative contributions to this obesity epidemic by energy intake and energy expenditure.[5]“

“The failure of [overweight] people to achieve a goal they seem to want – and to want almost above all else – must now be admitted for what it is: a failure not of these people but of the methods of treatment that are used.” [6]

There have been many studies showing us that there is no relationship between energy intake and body fat[7]. In fact, there are studies showing us that the reverse is true – like this study of over 60,000 women that shows that those who consume more calories have a lower BMI[8], and a similar study on over 50,000 men showing that those who ate more food had less body fat[9]. In another study of nearly 50,000 women, one group of women ate 150 calories per day less than the other group and after 8 years the dieters lost an average of only 0.4 kg[10].

There is no hard evidence that if you reduce energy intake that your body will use fat stores – nothing in the Law of Thermodynamics implies this. In fact studies show that reducing energy intake usually does not utilise fat storage, but instead slows metabolism and wastes muscle mass[11]. The proportion of muscle mass lost can be as high as 70% and the slowing of the metabolism can be profound. In this study[12] the calorific requirements of obese people who lost weight using calorie restriction was reduced from 3,651 per day to 2,171 per day. And worse, any weight regained by a dieter is going to be made up of 52% more fat than before they dieted[13]. And this is where the problem with calorie restriction lies – after dieting a person can really never return to “normal” eating – their metabolism is supressed and this means the only way to maintain the weight loss is to keep dieting – that is, normal eating becomes overeating. The hunger and lack of energy associated with constant dieting make this an impossible option for the large majority of people so people tend to yo-yo diet, and this type of dieting leads to a significant increase in the likelihood of weight regain.

The majority of people who lose weight through calorie restriction will need to eat the same diet for the rest of their life to maintain that weight loss. Ask yourself if you are prepared to do that the next time you decide to go on a diet.

Overweight people who go on calorie restriction diets are malnourished and internally starving and as such their body does everything it can to protect fat stores firstly by stopping fat being used for energy and secondly by storing as much fat as possible in what is called “fat super accumulation”. In this study rats forced to yo-yo diet stored fat 400% more efficiently than non-dieting rats[14], and there have been similar findings in humans[15]. In other words, the more a person diets the more likely they are to store food as fat, and to not use their stored fat for energy expenditure.

We have also been conditioned to think that extra calories must go to fat storage but this is not the case. Our body has many mechanisms to maintain body weight such as increasing Basal Metabolic Rate, burning more calories digesting food, burning more calories through unconscious activity, and increasing the desire to exercise. In one study healthy individuals were able to burn over 1300 calories more than they normally did when overfed, whereas unhealthy individuals burned 170 calories less than they normally did when they ate the same amount[16].

The other concerning aspect about calorie restriction is that it generally suggests an overall reduction in all food macronutrients – with an underlying (incorrect) belief that cutting out fat assists weight loss as it contains more calories per gram – and so many people inadvertently reduce their protein intake considerably by both reducing their portion sizes, and reducing fat sources (which also usually contain the most protein, like meat, dairy and nuts). Protein intake is vitally important for maintaining muscle mass and metabolic rate, and reducing protein intake exacerbates loss of muscle and reduces metabolism even more.

The sad situation is that lost muscle mass and reduced metabolism sets most people up to be fat and sick – the exact opposite of what calorie restriction promises.

For the majority of people weight loss is clearly not just about eating less – this does not get to the root cause of the problem behind weight gain and the subsequent inability to lose weight. Introducing strategies such as stopping when full, eating slowly or using hypnosis to eat less are only Band-Aid solutions for the majority of psychologically healthy people. When the real issue is the fact that the types of foods we are eating do not allow for healthy appetite regulation as they bypass our hormonal systems – such as how fructose consumption reduces insulin and leptin levels[17] and also as evidenced by how unrestricted low carbohydrate diets lead to a spontaneous reduction of calories[18].

What we are now seeing is an abundance of research showing us that weight loss is all about controlling the body weight set point – the body maintains its weight around a set point just as it controls all other biological processes like body temperature[19]. Whatever is breaking our biology is causing our body weight set point to rise and that is why we see the obesity and chronic disease epidemics – something has taken away our natural innate ability to stay slim like all other living creatures on this planet (except the ones fed by humans!). The good news is it can be reversed as we are seeing in animal models[20].

We can slowly reduce the body weight set point by reducing inflammation, re-sensitising receptors (eg insulin and leptin receptors typically become resistant in overweight people) and re-regulating hormones, and what enables this change is the quality of the food. For 99.8% of evolutionary history (and 95% of human history) humans have been eating real natural foods that we hunted or gathered. It is only in the last half a century or so that this has all changed and we are instead now eating a diet of synthetic “non-foods”, meddled with by humans, made in laboratories and all promoted as being safe by our governments. It is no coincidence that the rise of obesity and chronic disease has come hand in hand with the rise of processed foods, refined sugar, chemicals and additives, a new species of hybridised wheat and genetically modified foods – our body does not know what to do with these and they are ultimately toxins that cause inflammation and hormonal and metabolic dysregulation. Eating less of these types of poor quality foods by calorie restriction can never solve the underlying problem of the nature of the food itself.

When we consider that obesity is a symptom of sickness, a great metaphor is if we have a sick plant what do we do? We don’t starve it – we give it good quality food and lots of it, knowing that the plant will automatically take in and regulate the nutrients it needs. Humans can do this too. When we eat the good quality real food that our bodies have evolved to eat our bodies regulate calorie intake and expenditure automatically and we don’t need to consciously do anything! (…except to make sure the food we eat is high quality).

High quality real foods are free-range, pastured or wild animal products and organic fruit and vegetables in the most natural form possible to be as close to the hunted or gathered forms that our bodies have evolved over millions of years to digest and utilise. Contrary to popular belief this does not include synthetic vegetable oils, lean meat or dairy, processed or refined foods, flavours, chemicals, additives, preservatives, pesticides, hormone and antibiotic fed animals, GMO foods, whole grain modern wheat (which is a new species forced to hybridise in a lab which contains many new proteins our body is unable to process), and therefore grain fed animals.

The answer to obesity is not eating less of the western diet – it is about eating more real food.

Contact us today if you would like to get started on your real food journey on a Thrive Health nutrition program.

This information is a summary of Jonathan Bailor’s great book The Calorie Myth: How to Eat More and Exercise Less with the Smarter Science of Slim which you can buy from Fishpond. 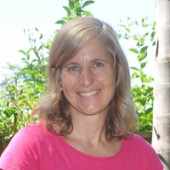 All stories by: Janie
Exercise at higher intensity and get faster results
Make Time NOW for your Health, or Later for Disease…